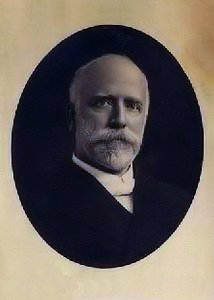 Was R. A. Torrey the author of the Treasury of Scripture Knowledge?

Although The Treasury of Scripture Knowledge (TSK) is often described as being the work of R. A. Torrey, it was first published years before he was born. Despite this, many editions of the TSK today have Torrey's name on the cover, and sometimes in the title.

R. A. Torrey never tried to claim the authorship of the TSK. But, he did become one of its greatest promoters. Torrey was one of the most prominent evangelists of his day, and as his fame grew his endorsement of the book mattered to many people. So inevitably, his name ended up on the cover. If you read his introduction to the book he describes having first encountered the book "some twenty years ago."

So who created the Treasury of Scripture Knowledge?

The TSK was created in London by publisher Samuel Bagster (1772-1851). It was first published around 1830. It is a collection of Bible cross-references assembled by Bagster from prominent biblical scholars dating back to the patriarchal fathers. The TSK displays only the chapter and verse citations with no accompanying text. It is organized like a Bible, beginning at Genesis and ending at Revelation. Each verse of the Bible is cross-referenced with other verses to enable the reader to understand each word and phrase in the Bible more clearly.

In his introduction to the TSK, R. A. Torrey said: "There is no other commentary on the Bible so helpful as the Bible itself. Using cross-references allows the Bible to speak for itself and be its own interpreter."